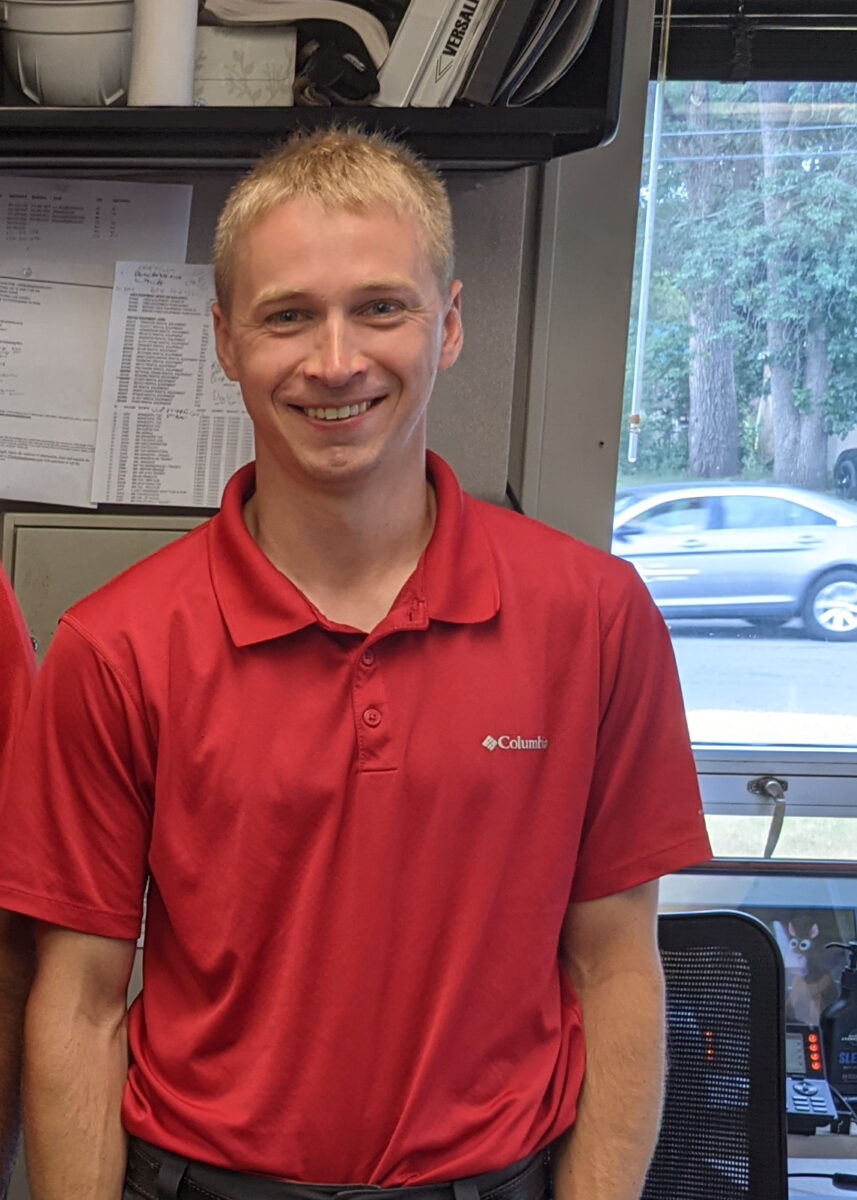 Aspen Equipment is announcing the promotion of Inside Sales Representative Cole Lundeen to Territory Manager in the Iowa/Illinois region for Manitowoc, Grove, and National Crane sales and rental opportunities.

Lundeen joined the company in 2019 as a Service Writer, transitioning into the Inside Sales position the following year. He will represent Aspen Equipment in the middle and eastern counties of Iowa, as well as the counties along the northwestern edge of Illinois.

“Lundeen is a smart, ambitious young man and has a proven sales record from his Inside Sales position,” notes Aaron Carlson, Director of Sales. “I am excited to bring him on board to our expanding outside sales team.”

Aspen Equipment will stock the all-aluminum truck bodies and offer parts, service and installation to customers. Use our contact form for more information about Milron truck bodies for your fleet, or go to our Milron product page to learn more. 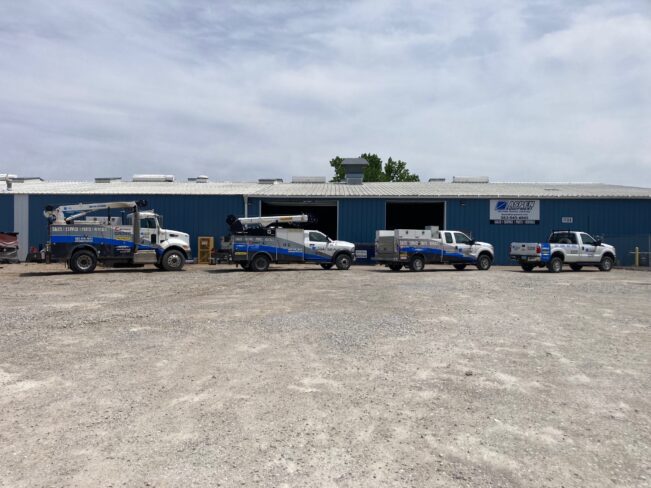 “We’re thrilled to announce our expansion. Our restructuring will enable us to better serve the railroad and construction industries in the region,” said Davenport branch manager Jerry Rex. We’re celebrating the 5-year anniversary of our shop this summer, and we are proud of the work we’ve done in our branch.” Rex adds that he looks forward to the branch serving the Davenport/Quad Cities region for many more years. 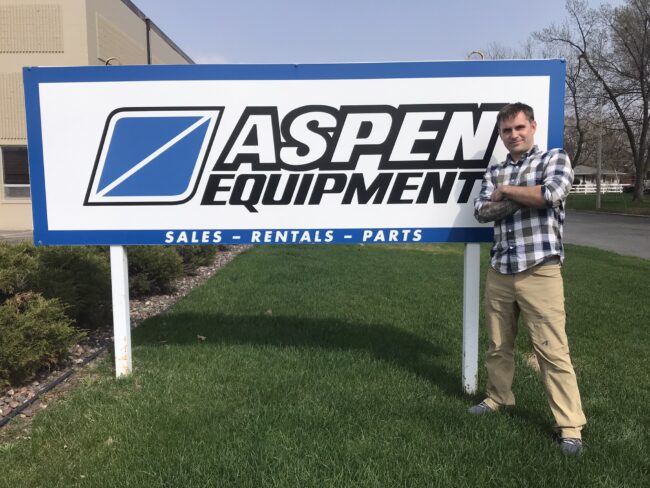 During his five years at Aspen Equipment as a project manager and his transition to municipal sales, John Orzechowski has accrued lots of knowledge with the industry vehicles that Aspen Equipment sells, rents and builds.

What do you do on a daily basis?
I work with Aspen’s customers to quote a wide range of equipment, assist customers with finding the right equipment options to fulfill their needs, [and] work closely with Aspen’s Project management department to ensure customer requirements are being met during the production process.
How does your position “help people succeed” and how does it impact Aspen?
Aspen Equipment really does “help people succeed.” Every time I work with a customer to find the best possible truck design and best combination of equipment to do the job I “help them succeed” and do the job efficiently and safely .. Quoting the correct equipment configured in a way that is efficient to produce impacts Aspen’s ability to maintain profitability on my sales.
Any funny stories?
Customers always want more than they can fit on a truck..ALWAYS!
What’s your favorite/worst part of the job?
The parts of my job I enjoy the most are the relationships I have with both customers and the team of people at Aspen I work with daily to design quote and sell the complex equipment we deal with. I also really enjoy the problem solving that comes up often..(Customer wants this truck to be able to do this? How are we going to make that work?) I think [the] least favorite part of my job is the paperwork…But that comes with any job. Overall, I love what I do!

Aspen Equipment delivered a 120 ton capacity Grove GRT8120 and 165 ton capacity Grove GRT9165 to Iowa-based Tri-County Construction on New Year’s Eve, 2021. The three-axle GRT9165 enables the hoisting of heavier loads at a greater radius. The seven-section MEGAFORM boom of the GRT8120 offers class-leading charts with an additional pinning location at 90% that helps to increase capacities and enhance flexibility in lift planning. Read the entire press release on constructionequipmentguide.com.

Aspen Equipment has announced its expanded coverage in the Midwest by adding parts of western Missouri and northeast Kansas to its territory. The Company will add 74 counties in the two states serving National Crane boom trucks sales, rental, and field service.

Aaron Carlson, Aspen Equipment’s director of sales, said the latest territory expansion leverages the strength of its operations in Minnesota, Iowa, and Nebraska, and its desire for growth, as the Company anticipates a rise in boom truck and truck upfitting demands in the future.

“With this strategic expansion, Aspen will be well-positioned to take advantage of the uptick in construction and utility work in the coming years,” Carlson said. “Expanding into Kansas and Missouri is an important step that enables us to serve customers in regions that are expected to grow.”

To lead this expansion, Joe Rowan has been appointed as Territory Manager, with Aspen’s facility in Ankeny, Iowa, serving as the main support hub for the new territory.

Minnesota-based Northland Crane Service supports multiple industries with their lifting needs. The company recently added to their fleet with the purchase of new National Crane 55L boom trucks from Aspen Equipment. Read the full story in the November 2021 issue of Western Builder. 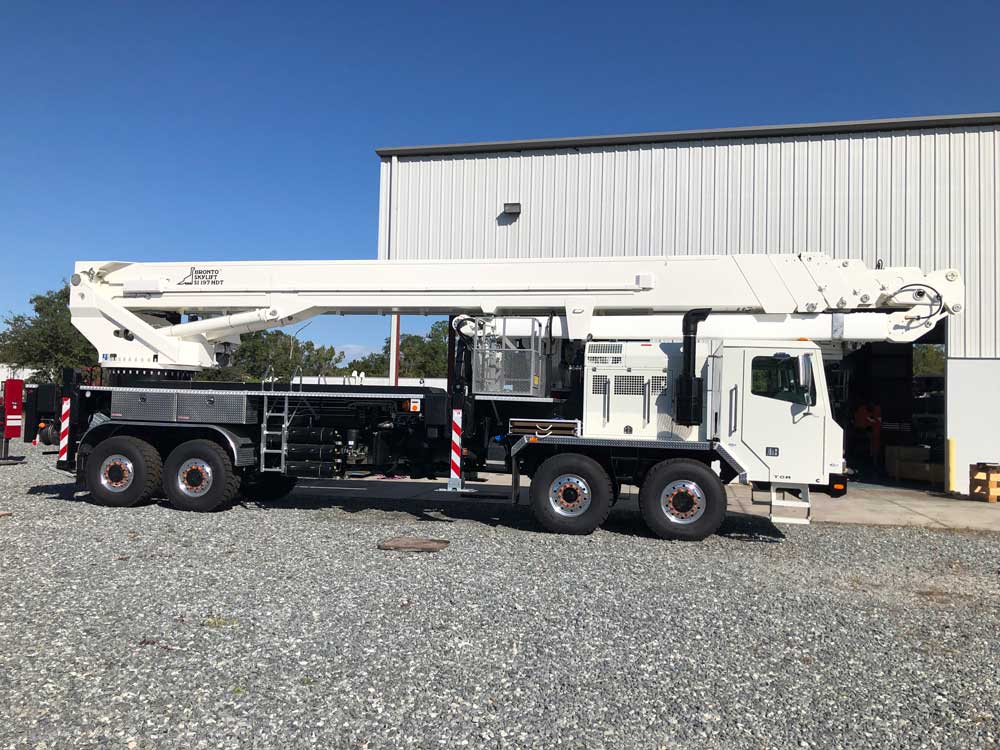 Bronto Skylift distributor Aspen Equipment recently delivered new aerial platforms to customers in California and South Dakota. Based in Minnesota, Aspen’s build and delivery capabilities enable it to serve customers in many industries around the country. Aspen has been a North American dealer for Bronto for nearly 22 years, and is a distributor in 10 states.

The Bronto deliveries include the SI197HDT insulated work platform (pictured), and the S200XDT aerial work platform. These models include key features designed for safe working access to overhead power lines. Both units were mounted on their chassis in Bronto Skylift’s workshop in Orlando, Florida. Jed Fischbach, Aspen’s Territory Manager, worked extensively with the clients to ensure that the Bronto model they received would fit their needs for high-reach accessibility. Says Fischbach, “We are happy to be the one-stop shop for the best and tallest aerials available in North America for our customers.”

For more on Bronto Skylift, visit brontoskylift.com. Click here to view Aspen aerial products and capabilities. You can read the entire article on Lift and Access.

Contact us if you are interested in joining the largest network of Western plow dealers in the Midwest as an associate dealer of Aspen Equipment. 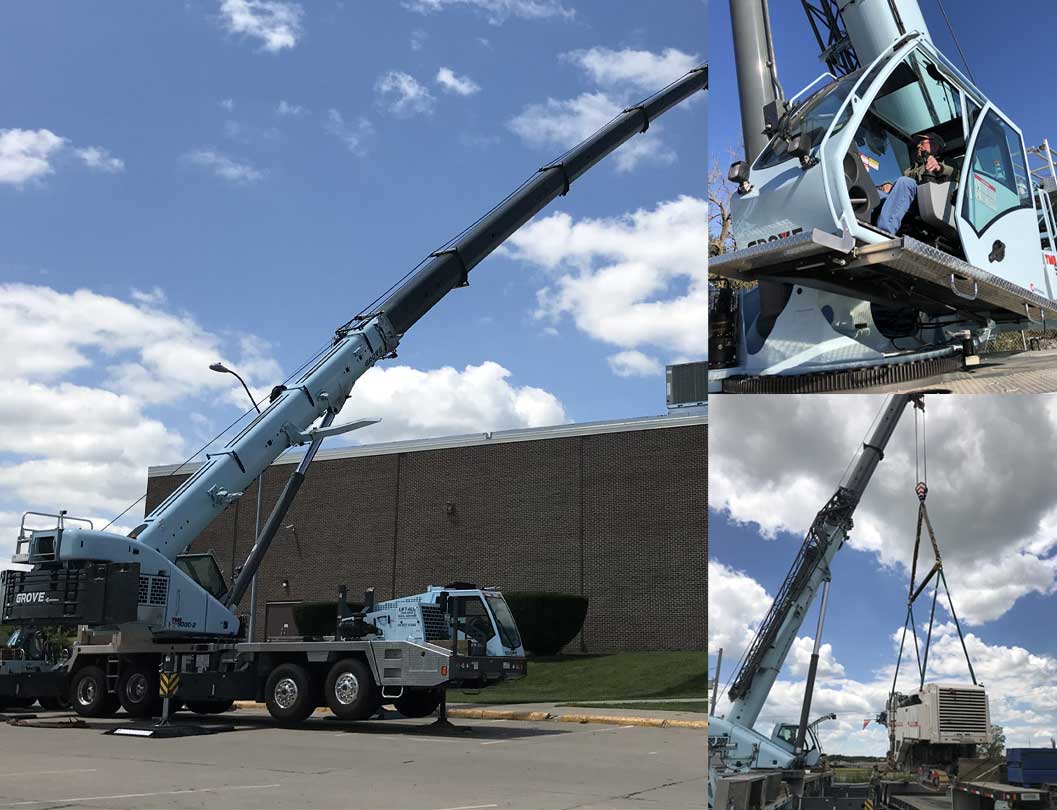